She only had one chance, so she had to get it right. Fury gave her immeasurable strength. She jabbed the end of the rake hard into his throat to crush his airway. As he slowly asphyxiated, their eyes met. With a thrill of satisfaction, she saw realisation dawn in the remaining seconds of his life and she just had time to mock him with the last words he would ever hear.

“We have a witness who saw Lily attack her husband with the garden rake.” Her old school friend, Senior Constable Mark Williams was sympathetic as he sat across from Daisy.

Her stomach lurched. “Stephen Horne? The next-door neighbour? Come on, Mark, they both know my sister has advanced dementia. She doesn’t remember anything from ten seconds ago. You’re not seriously going to arrest her?”

“It’s not that simple, Daisy. Frank’s dead and we need to investigate. We can’t rule anything out, especially given we have a domestic violence call-out on record for this address from four years ago.”

“Yeah, Frank gave her a black eye.” She shuddered at the memory. “He abused her a lot but that was the only time she rang you. She withdrew the complaint. I tried to change her mind but …” Regret lanced through her. For approximately the millionth time.

“I remember you always stuck up for Lily at school. Anyone who picked on her always had you to answer to.”

Daisy’s mouth trembled. “Yeah, but it got harder when we grew up. I had to respect her wishes on this and stay out of it.” Hard didn’t come to close to explaining how that had been. She still struggled with that. Every day.

She looked at her twin, a mirror image. Both slender, with piercing blue eyes and unruly brown curls, only their clothing separated them. Lily, bless her, in the black pants and blue blouse she insisted on wearing. God knows when that started, she always used to be so much more colourful. Daisy’s own clothing leaned towards the bohemian.

Their eyes met. Daisy clenched her fists to control the trembling. “You okay, Lil?”

“No, please.” Lily nodded with a fleeting smile.

“What does she mean?” Mark’s brow furrowed.

Daisy sighed. “She uses those two words for everything. I just go by her body language.”

“So, what’s her body language telling you now?”

Mark grimaced. “Seems a bit gruesome doesn’t it when her husband’s just died?”

“Lily has no idea Frank’s dead. She doesn’t even remember you walking through the front door.”

His eyes widened. “That bad?”

“Yup. That bad. Dementia progresses fast in younger people.” After-shock tremors scissored through her and she gripped her hands harder. “So, what now?”

“We’ll take her to the station for processing. Then she’ll be admitted into the secure unit at St. Vincent’s until the local magistrate decides whether this goes to trial.”

“The psychiatric hospital? She’s not mad for Christ’s sake.” Daisy felt a wave of anger crash over her exhaustion. Where was Sam? It had been an hour since she called him.

Questioning Lily had been a brief and futile experience. Her lawyer, Judith Hamilton, was quick to point out that Lily had diminished capacity and therefore diminished responsibility for Frank’s death. Transfer to the psychiatric hospital was arranged, and anxiety flooded through Daisy as the ambulance officers took an unresisting Lily away.

“What will happen to her?”

“Then the magistrate of the local court will decide if Lily stands trial for murder or more likely, involuntary manslaughter,” Mark added.

“Christ, Mark. Murder? Manslaughter? She has a goldfish memory. How can you punish a person for something they don’t remember doing?” She looked from Mark to Judith, frustration warring with anger.

Mark sighed. “I have to go. I’ll let Judith explain.”

The door flew open and Sam crashed in, barely making way for Mark in time. He opened his arms and Daisy buried herself there. It was a relief to let the tears fall.

“You okay?” he whispered, as she eased herself out of his embrace. She nodded, face damp.

Judith got straight to the point. “Given the severity of Lily’s condition, I doubt this will go to trial. It’s far more likely she’ll be given a suspended sentence with a community supervision order. Normally, that would mean placement into a secure Aged Care Facility. However, an alternative could be for Lily to return home under the care of a guardian.”

She nodded. “You can apply to be guardians. But I must warn you, if they think Lily is a danger to the community it’s unlikely she’ll be allowed home with you. They’re more likely to go for placement into a secure facility.”

Daisy’s jaw dropped. “A facility? What, a mental institution?”

“No. I’m referring to a secure nursing home that specialises in patients with dementia. But, first this goes to the local court magistrate for a hearing.” Judith paused. “Look, this has been an awful experience. Why don’t you go home and get some rest.”

“Spare me the platitudes, Sam, I’m not in the mood.”

Sam didn’t reply, and Daisy felt guilty. He hadn’t deserved the comment or the tone in which it was delivered. Her marriage to Sam was in stark contrast to Lily’s, whose husband was a bullying narcissist. Lily had implored her not to get involved, so they’d stayed out of it. But since the dementia, well, that had changed things.

“What a bloody nightmare. What happens now?” Sam asked as he pulled into their garage and cut the engine.

“Um, how would you feel if she lived with us?”

Sam’s turned troubled brown eyes her way. “Daisy, do you have any idea how hard it would be to care for Lily full-time? It would mean a lot of changes, for both of us. And what about the fact that she killed Frank? You might not be safe.”

“Wow. Don’t hit me with your enthusiasm all at once, give a girl a chance to take it in,” Daisy snapped. She climbed out of the car and Sam followed her through to the house.

“I’m sorry, sweetheart. I just want us to think about it. And I’d be worried about you.” He dropped the car keys on the kitchen bench.

Daisy dropped her bag and kicked her shoes off. Her eyes drifted over the breakfast dishes in the sink as she faced Sam. “Lily would never hurt me. Ever.”

“You can’t possibly know that for sure.”

Daisy sighed and wrapped her arms around her husband’s waist. His arms encircled her, and he dropped a kiss on the top of her head.

Daisy looked up. “She was so scared of him, Sam.”

Stephen Horne was a fit seventy-two and his bright blue eyes were focussed on the senior constable in his kitchen.

“I have a couple more questions, Mr Horne. Where you were that afternoon?”

Stephen nodded. “On the veranda, having a cold one. I’d been working in the garden all afternoon.”

“What time was that?”

Stephen looked upwards as if hoping to find the answer in the lazy rotation of the ceiling fan. “About four.”

He cleared his throat. “Frank was in the garden, like most weekends. He was turning over a patch for planting. I yelled down at him from the veranda, you know, waving my beer and taking the piss that he was still at it while I was relaxing. He waved back, started raking, and Lily came out. Well, she grabbed the rake. I don’t know why, although she used to enjoy the garden too at one time,” he added. “Anyway, Frank held on at first, then let go when he saw me watching. I think he was a bit embarrassed by her, but we know she has dementia. Anyway, next thing, she’d jabbed him with the end of the handle. Right here.” Stephen pointed to his throat. “He went down like a sack of potatoes. I yelled but he didn’t respond so I shouted to Sandra and we rushed round.”

“How long before you got there?”

“I’d say, about a minute but we had to bang on the door and shout.”

“Lily never answers the door. It was Daisy who heard us. When she opened the door, she apologised. Said she’d been in the bathroom.”

“You couldn’t use the side gate?”

Stephen shook his head. “Padlocked. To keep her safe.”

“And where was Lily?”

“Sitting in the lounge room. With the rake next to her.”

Mark raised his eyebrows. “Right. And how would you describe Frank and Lily’s relationship?”

Stephen rubbed his face. “Not great.”

“Well, to be honest he was a bit of a bastard. Used to knock her about.”

Stephen met the Senior Constable’s eyes. “We used to hear her crying sometimes. We told Daisy. She was really upset and told us to leave it with her.”

It was a chilling conversation. A routine examination of Lily had showed signs of physical and sexual abuse. Bruising to the labia, inner thighs and buttocks, suggested extreme force, and recent test results showed the DNA was conclusively Frank’s.

The vomit rose so fast Daisy barely had time to reach the waste paper basket. Sam’s hand rested on her back as she discharged the contents of her stomach. Shaking, she took the tissue he offered and wiped her mouth. Their eyes met, and she saw her anguish reflected there. The doctor was silent, allowing a moment of recovery.

“Christ, I knew he was abusive. But this?” Sam’s voice cracked.

“Rape. The bastard was raping her while she had dementia.” Daisy swallowed rapidly, bringing a fresh wave of nausea under control. “Will she recover? Physically I mean?” she asked.

“The physical injuries will heal but I’ve no idea what the emotional effects will be in the long-term.”

Sam grimaced. “Can we take her home?”

“Not yet. A period of observation is still required to assess her behaviour. But we’ll keep you informed.”

Over the next two weeks, the doctors found no evidence of aggression from Lily and determined therefore that she was not a risk to the local community. In addition, Judith visited them at home with good news.

“The magistrate feels it’s not in the public’s best interests to take the case to trial.”

She paused at Daisy’s involuntary gasp of relief, before continuing. “She’s dismissed the charge of involuntary manslaughter and discharged Lily unconditionally, so you’re free to take her home.”

Daisy dragged the suitcase in. Had she done the right thing, bringing Lily to live with them? She chewed on her thumb. Would she settle? She watched in relief the subtle relaxing of Lily’s shoulders, the clearing of her brow, as she sat on her new bed.

Lips trembling, Daisy embraced her. ‘We’re going to look after you now, Lil.”

Lily smiled, even as her eyes sparkled with tears. Like sun-shine breaking through the rain.

“I know what happened, Lil,” she whispered. “He was evil, but he’s gone now.”

“Please, please, no!” Lily said and surprised Daisy by kissing her cheek.

Dared they hope the worst was over? An unfamiliar optimism fizzed through her as she started to unpack. Her mouth twisted as she pulled out five pairs of black pants and five blue blouses. How very useful that Frank had bought multiple sets to make life easier. She glanced at Lily, who was humming. Christ, when was the last time that had happened?

In that moment, any vestiges of doubt Daisy felt, drifted away like gossamer on the wind and she knew, without a shadow of a doubt, that framing her twin for her husband’s death was the best thing she’d ever done. 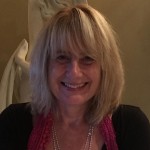 I am a writer as well as a qualified Proofreader and Editor. My rates are reasonable and I can offer a quick turnaround. Proofreading and light edit only $4 a page!! For more information on pricing please contact me on Rose@roseparnelle.com.au